Check out the coolest innovations from AHR 2018! 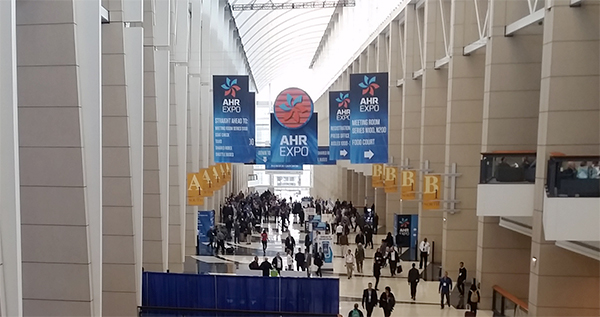 Another year, another huge AHR Expo! The Smart Service team proudly exhibited at this year’s just-wrapped AHR Show in Chicago (the world’s biggest HVACR trade show), and we had a great time talking with customers, competitors, and HVAC professionals. During the three busy show days, I personally made some time to bounce around the massive exhibit hall and compile some notes on the booths and innovations that industry pros seemed most excited about.

Generally, the biggest trends are pretty easy to identify. Smart technology (including HVAC software like ours) abounds, everyone wants to go green, and the mystical “Internet of Things” looms precariously over the horizon. While many trends and innovations distinguished themselves, I’ll highlight just five of my favorites in this article. This should serve as a decent snapshot of the scope and variety of the AHR experience. Enjoy!

Visitors to AHR can’t help but notice the giant, bright red Milwaukee booth. Pop/country music blasts through the booth PA as power tools whir and a whole host of crimson-clad Milwaukee employees scurry about. While Milwaukee’s 102 x 77 Spot Infrared Imager came in as a finalist in the show’s Innovation Awards, the booth staffers I spoke with were most excited about demoing their carbide sawzall blade. This blade cuts through even the strongest metals (as evidenced by the carved-up metal pipe booth staffers had on display) in less time than other blades, and without throwing up a whole mess of sparks.

The AAF Flanders booth features a VR simulation that let visitors see how AAF filtration systems work from the perspective of a particle. It’s a fun gimmick, and it helps highlight the Sensor360, their new cloud-based, real time sensor for HVAC systems. It allows customers, building managers, and AAF Flanders employees (ideally, the company would like to use this device to position themselves as a service provider in addition to a commodities provider) to check an HVAC unit for problems at any time, from any device. Right now, a hog farm in Idaho is running the system in beta. Early feedback indicates that they have a great product, something that helps filter out contaminants in different parts of the facility, keeping the hogs from getting each other sick. 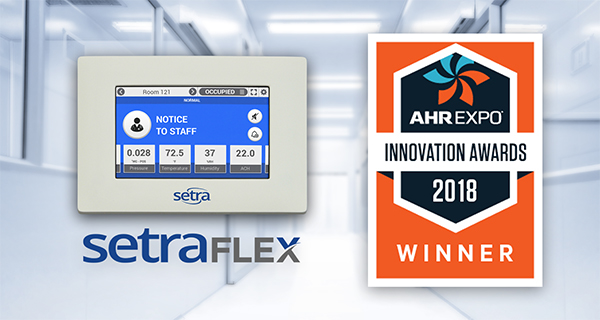 One of the cool things about the AHR Expo? It allows attendees and exhibitors to step outside their comfort zone. While our company deals primarily with HVAC contractors, the show features articles of interest for a much broader audience. Case in point? The Setra FLEX. This multi-room monitor (which, according to booth staff, might be the only one on the market) would usually get deployed in a controlled environment (such as a hospital or laboratory), where it would track up to six different parameters (pressure, light, temperature, etc.) to keep conditions ideal.

Regal boasts a big booth with many different brands that offer products in many different markets. The overall trend here is a push to make things smaller, whether that means more space in a refrigeration unit at a grocery store or more space in an HVAC unit on an office rooftop. Their new HVAC motor embodies this philosophy. Significantly smaller than most currently in use, this allows for unobstructed air flow within HVAC units. 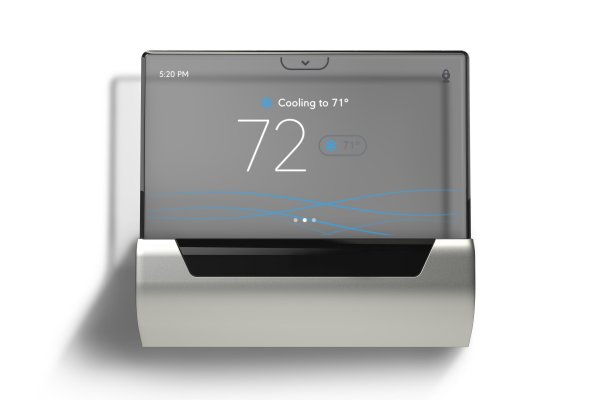 Johnson Controls and its subsidiaries occupy a huge space on the show floor. Their most buzzed-about innovation, the GLAS Smart Thermostat, promises tremendous home energy savings while offering users voice commands and the ability to control the unit from any device. The biggest selling point though is likely the sleek touchscreen with a translucent surface, a setup designed specifically to look good on any wall.

Did you enjoy reading this article?
Share it with your friends and co-workers!