In March 2014, Ryan Heezen took over A to Z Shredding, the only on-site document destruction company in western South Dakota. Before buying the company, Ryan had a three month window in which to observe the previous owner’s practices. “He was doing all the scheduling in his head,” Ryan recalls. “I watched him try to answer the phone, take messages, and do all these things that are probably not what you should be doing when you’re driving around a great big truck.”

Before he even took control, Ryan knew the system had to change. “I actually bought Smart Service before I closed on the business. I do the auto-routing every morning. It’s the most efficient way of doing things. It gets me in the right part of town at the right time. Before, the previous owner would drive from one end of town to the other and back again. The first year I had Smart Service, I saved $6,000 in the cost of fuel.”

But that’s not the only number that leaps off the page. More important than the dollars and cents saved is the time recouped. “I saved two hours every night switching over to electronic invoicing. Before, I’d get home, I’d start powering through my invoices, I’d stop, go eat supper, then I’d have to go back into the office for another hour or two. Now instead of working ten hours a day, I’m working eight hours a day. I’ve got more time for family.”

“By going full electronic, I’m getting paid faster,” continues Ryan. “Doing paper invoicing, it was at least 30-60 days before I was receiving payment. Now, with those same customers, I’m getting paid in 15 days. Invoices are getting sent directly to the person who needs to get them.”

“Anybody that asks me, I tell them. Don’t even question it. Give it a try. I act like I work for Smart Service!”

For Ryan Heezen, Smart Service means more than just improved routing and speedier invoicing. Take a look at some of A to Z’s other favorite features:

“One of the best features is the ability to have the repetitive job. My customers don’t want to have to call me every time they need service, so I just put them on a repetitive route.”

“Customers get emailed the Certificate of Destruction right at the time of service.”

“I love having the ability to GPS employees in the field. With Smart Service, you know whether someone is at home playing X-Box or if they are where they need to be.”

“Customer support has always been great. Quite often, the issue has been my mistake!” 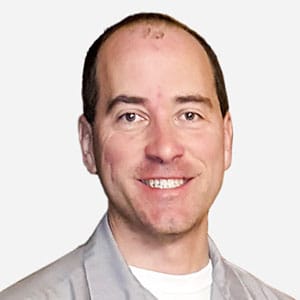 Smart Service worked wonders for Ryan.
Now find out what it can do for you!