Blog › Industries › HVAC › How Much Do HVAC Workers Make?

How Much Do HVAC Workers Make? 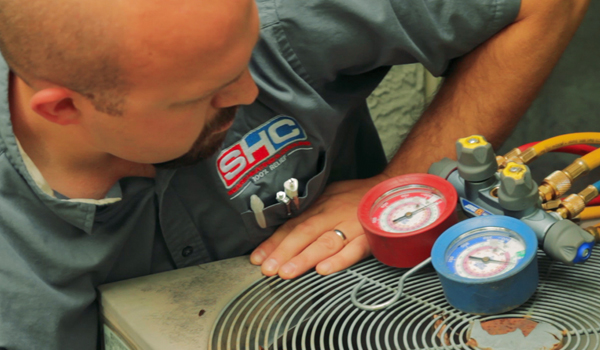 There are many important roles in the HVAC industry, from the business owners that pay the bills to the dispatchers that keep the ball rolling to the technicians who make it all happen. Similarly, a lot goes in to how much you get paid. The size of the business, the location, your skill level, and experience all play a part. But no matter what your job, you might be curious as to how your salary stacks up to the industry as a whole.

How much do HVAC techs make?

If you work in the HVAC industry, you know that there are two main types of service: residential and commercial. Though the principles of the jobs in each are the same (the installation and repair of air quality systems) the possibility of specialization in certain systems (more common in commercial HVAC work) means that commercial technicians typically get paid more. Other factors also contribute to this discrepancy. First, commercial HVAC businesses are more likely to be unionized, which yields higher wages for those workers. The commercial HVAC industry also has a higher demand for experienced or very skilled technicians, who get paid more no matter what side of the fence they fall on.

The Bureau of Labour Statistics doesn’t differentiate between commercial and residential HVAC technician salaries in their data, and lists the average salary for an HVAC technician at $22.64 per hour or $47,080 per year. Salaries can range anywhere from $28,440 to $73,350, and that’s almost completely based off experience levels. If you’re new, maybe just starting out or an apprentice, you’re going to find yourself on the lower end of the spectrum. If you have 25 years of experience, you can expect to find yourself on the higher end. Obviously, this principle holds true for any industry.

It shouldn’t come as a surprise that where you work affects your pay to a large degree. Some locations just pay a higher wage, often for any or all of the following reasons: high cost of living, remoteness, climate, or high demand for HVAC work.

How much do HVAC dispatchers make?

Of the top five highest paying states for dispatchers, Texas actually has the highest location quotient (the ratio of how many people are employed in a specific occupation as compared to the national average concentration). What does this mean? Texas employs about 20 percent more disatchers than the national average.

HVAC dispatcher salaries are less cut and dry than technician salaries. Experience is important if you’re aiming for a higher salary or a raise, but the size and success of the business you work for also plays a role. If you want more money, you may need to go above and beyond the day-to-day duties required by the job. Make yourself more valuable by learning HVAC software skills or recommending other HVAC apps to your manager.

How much does an HVAC business owner make?

We saved the most complex for last: the HVAC business owner’s salary.

Frankly this is an almost unanswerable question. An owner’s salary depends on the size of the business, how many customers they service, what kind of customers they service, the location of the business, their skill as a business owner, how much they invest back into their business, and even the number of employees they have (and the wages they decide to pay those employees). There are simply too many factors and not enough data to give a good, specific average.

Payscale.com puts the median pay at $71,826 for all small business owners in the United States. However, not all small businesses have the same kind of costs that the HVAC industry does. This article lists some salary ranges for a few field service industries. While none of them are specifically HVAC, some (like construction and landscaping), can have some of the same vehicle maintenance, skilled worker wages, and material and equipment costs. For example, business owners in the construction field can earn annual salaries between $44,405 and $102,231. Landscaping can expect to earn $38,268 to $81,389 and a general contractor business owner earns somewhere between $47,500 and $77,500. It’s probably reasonable to expect the typical HVAC business owner to make something in that same range.

Whether you’re starting an HVAC business and looking for salary ranges, or are thinking about starting out in the industry and want to know how much you could making, it’s a good idea to have some general knowledge of what your time is worth.

If you work in HVAC, we’ve got some good news. The outlook for job growth in the HVAC industry is 15% in the next ten years (as compared to the average industry growth of only 7%). This means there will be plenty of new opportunities as the industry grows, including opportunities for higher paying positions as a large section of the workforce retires. HVAC is a pretty good field to work in right about now!

Did you enjoy reading this article?
Share it with your friends and co-workers!